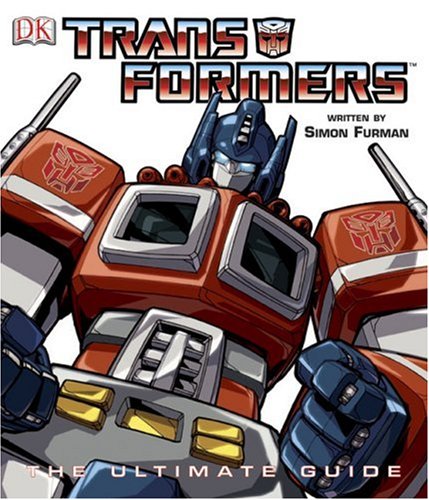 Transformers: The Ultimate Guide is a detailed look at the fantastic world of these mechanical marvels. Follow each character's history and witness the amazing evolution of the Transformers, from physical structure and weaponry to personalities, alliances, and important battles. Detailed illustrations show exactly how each character "transforms" from warrior robot to high-powered vehicle. Special feature spreads cover all aspects of the Transformers' world and include specially commissioned maps and detailed city plans of their home planet of Cybertron, descriptions of the giant space ark in which the Transformers traveled to Earth, major wars in Transformers history, and much more.

Simon Furman cut his comic book teeth editorially on Scream! - a junior horror title published in 1985 by IPC Magazines - and Captain Britain Monthly (for Marvel UK). His first script work appeared in the UK Transformers comic, for which he wrote numerous stories before taking over the script duties on the US Transformers book with issue #56.

Gr. 6-12. What kind of equipment does Catwoman carry? Where did the Transformers come from? How did Catwoman become who she is? These two oversize, illustration-rich books, on slick paper typical of DK, have all the answers, allowing new readers to come into an established comic character's world without wondering what they have missed. They are also a great way for fans to revisit or understand more about a character's background. In Catwoman the art is lush and varied, covering nearly 65 years of history. transformers uses art to great effect to provide "technical" specs of the robots that readers know and love or want to learn about. Tina Coleman
Copyright © American Library Association. All rights reserved