Items related to The Plum Tree 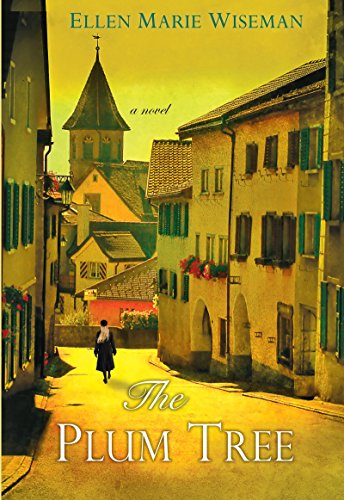 "The meticulous hand-crafted detail and emotional intensity of THE PLUM TREE immersed me in Germany during its darkest hours and the ordeals its citizens had to face. A must-read for WW2 fiction aficionados--and any reader who loves a transporting story."--Jenna Blum, NYT bestselling author of Those Who Save Us and one of Oprah's Top 30 Women Writers

A deeply moving and masterfully written story of human resilience and enduring love, The Plum Tree follows a young German woman through the chaos of World War II and its aftermath.

"Bloom where you're planted," is the advice Christine Bolz receives from her beloved Oma. But seventeen-year-old domestic Christine knows there is a whole world waiting beyond her small German village. It's a world she's begun to glimpse through music, books--and through Isaac Bauerman, the cultured son of the wealthy Jewish family she works for.

Yet the future she and Isaac dream of sharing faces greater challenges than their difference in stations. In the fall of 1938, Germany is changing rapidly under Hitler's regime. Anti-Jewish posters are everywhere, dissenting talk is silenced, and a new law forbids Christine from returning to her job--and from having any relationship with Isaac. In the months and years that follow, Christine will confront the Gestapo's wrath and the horrors of Dachau, desperate to be with the man she loves, to survive--and finally, to speak out.

Set against the backdrop of the German homefront, this is an unforgettable novel of courage and resolve, of the inhumanity of war, and the heartbreak and hope left in its wake.

"The Plum Tree is a touching story of heroism and loss, a testament to the strength of the human spirit and the power of love to transcend the most unthinkable circumstances. Deft storytelling and rich characters make this a highly memorable read and a worthy addition to the narratives of the Holocaust and Second World War." --Pam Jenoff, author of The Ambassador's Daughter

"A haunting and beautiful debut novel." --Anna Jean Mayhew, author of The Dry Grass of August

"In The Plum Tree, Ellen Marie Wiseman boldly explores the complexities of the Holocaust. This novel is at times painful, but it is also a satisfying love story set against the backdrop of one of the most difficult times in human history." --T. Greenwood, author of Two Rivers
"Her characters are not just victims, but flesh-and-blood people. If you care about humanity, you must read The Plum Tree."--Sandra Dallas, author of True Sisters

Ellen Marie Wiseman was born and raised in Three Mile Bay, a tiny hamlet in Northern New York. Ellen lives on the shores of Lake Ontario with her husband, two spoiled Shih Tzus, and a rescued yellow lab. She loves to cook, travel, garden, watch movies, and spend time with her children and grandchildren. To date, her books have been translated in 17 languages and territories. For more, visit: ellenmariewiseman.com.

"This title is an extraordinary debut novel in which the author's childhood trips visiting family in Germany impart a heartbreaking realism. A Holocaust story told from the unlikely perspective of a German teenage girl in love with a Jewish boy, it explores the horrors and fears of innocent citizens on the homefront, as well as the risks they were willing to take to do the right thing. Ultimately a story of human survival and enduring love despite insurmountable odds, it's an original and important addition to the World War II canon."- RT Book Reviews, 4.5 stars, TOP PICK!

"Told from the perspective of a young, non-Jewish German woman living through the deprivations of war and the rising fear of the Nazis, The Plum Tree is a beautifully written first novel. Not every non-Jew in Germany in the 1930s was a Nazis; far from it. The Plum Tree follows a family torn by feelings of patriotism for their country and the growing Nazi terror darkening their doorstep...   Ellen Marie Wiseman weaves a story of intrigue, terror, and love from a perspective not often seen in Holocaust novels."--Jewish Book World


"Wiseman eschews the genre's usual military conflicts in favor of the slow, inexorable pressure of daily life during wartime, lending an intimate and compelling poignancy to this intriguing debut."--Publisher's Weekly


The Plum Tree will find good company on the literal or electronic shelves of those who appreciated Skeletons at the Feast by Chris Bohjalian, Sarah's Key by Tatiana de Rosnay, and Night by Elie Wiesel. Though in the same picture frame as these great classics, Ms. Wiseman's story stands firmly on its own two feet and deserves a bright spotlight on the literary stage.-New York Journal of Books