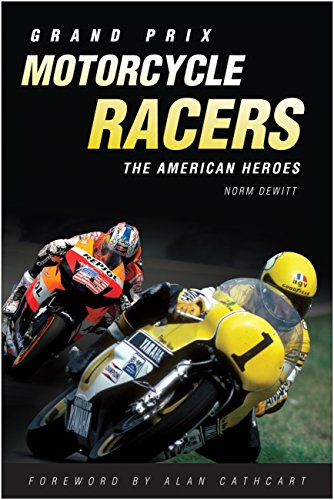 Until the 1970s, North America was considered a backwater with respect to world championship–level motorcycle road racing. European racers viewed American riders as being less talented and rode around in circles on tracks made of dirt. That all changed when Kenny Roberts exploded onto the Grand Prix racing scene and became the first American to win the world championship in motorcycle road racing's premier class. Roberts' success launched an era of American dominance that lasted for nearly 20 years and still echoes through the annals of the sport. This is the story of the legendary American riders who beat the Europeans at their own game, including Freddie Spencer, Eddie Lawson, Wayne Rainey, Kevin Schwantz, Kenny Roberts Jr., and the most recent American world champion, Nicky Hayden. With additional chapters about the American World Superbike champions and those Americans who competed for the World Championship, this is the story road racing fans have been waiting decades to read.

Norm DeWitt, a life-long motorcycle racing fan, has written about motorcycles and racing for many national magazines. He lives in San Diego, California.