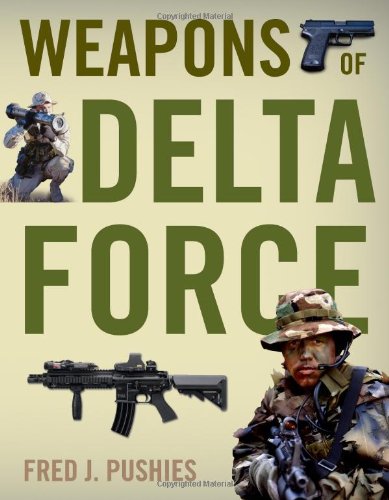 America’s elite counterterrorist organization, Delta Force, is a handpicked group of the U.S. Army’s finest soldiers. The group specializes in hostage rescues and other difficult procedures to protect the lives of Americans throughout the world. Delta uses some of the most sophisticated weapons in the field today, and all are detailed in this book. Pistols, sniper rifles, special mission aircraft, fast attack vehicles, SCUBA and paratrooper gear, and more are presented in this fully illustrated account of our country’s heroes and their tools of the trade.

A close look at the cutting-edge weapons of America’s secret fighting force.