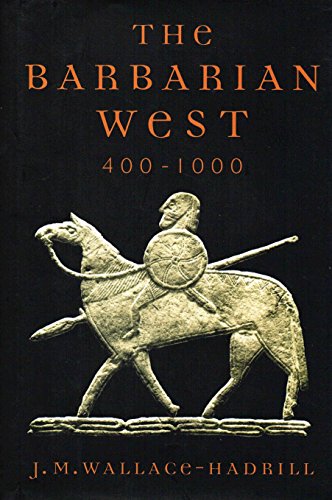 In the fourth century the Roman Empire was under threat. The Barbarians were becoming a powerful force in Europe, and the Huns, the most savage of these tribesmen, were sweeping south towards the imperial frontiers. At the same time the Empire faced growing internal social and economic problems: plague and war had diminished the agricultural population and productivity was falling; the army was under increasing strain in defending the extensive boundaries. Christianity, too, continued to prove an unsettling influence - accepted and established in Constantinople, but not in Rome.

In this perceptive and stimulating book, Professor Wallace-Hadrill traces the development of Western Europe from the dissolution of the late Roman Empire to the emergence, in the tenth century, of the individual states of medieval Europe. Now in its fourth edition, The Barbarian West contains a fully revised and up-to-date bibliography.