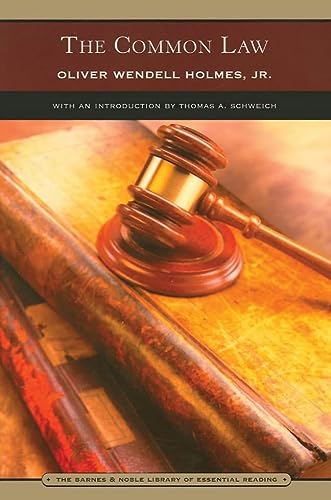 The Common Law changed America forever. The lectures---which were given at the Lowell Institute in Boston and subsequently published in 1880---created a buzz of excitement that enveloped the New England intellectual community. Over a century later, we can look back at The Common Law and still feel the same sense of excitement that our predecessors did, virtually undiminished by the tumultuous decades of American jurisprudence that have followed. It remains an exhilarating landmark in law because its content and its style, its substance and its process, perfectly mirror what common law is: a complex and diffuse combination of actual cases, history, analysis, and philosophy---all woven together to create the rules by which we live.

Oliver Wendell Holmes, Jr.---who grew up in the shadow of his famous father, the great doctor and writer Oliver Wendell Holmes, Sr.---set out to make his mark on the world. His first notoriety among the legal community came when he edited the monumental work of legal scholarship Kent's Commentaries. Just shy of his fortieth birthday, he delivered The Common Law to very positive reviews. From that point, his career was meteoric and included a near three-decade tenure on the Supreme Court of the United States.