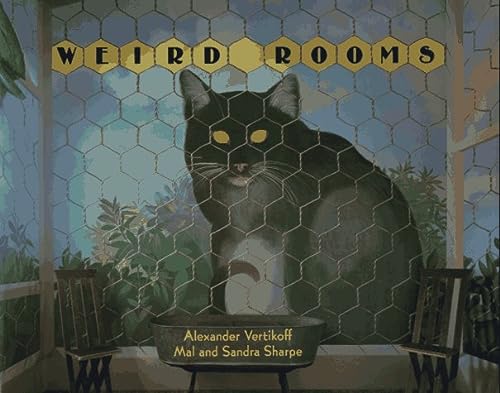 For most people, home is not only a personal sanctuary, it is a personal statement. This book features some of the most completely bizarre rooms in houses across the United States. The authors sought out people whose personal obsessions and fetishes have led them to transform their domestic environments into quite unusual places. Some rooms are designed solely to enshrine pop icons, like a Kennedy Room or an Elvis Room. One man transformed his entire apartment into a spaceship with rolls of duct tape, tin foil, and a few dozen computers and television sets; another turned his bedroom into a Lego City, complete with an airport, cathedral, and city hall. Most of these rooms were originally created out of necessity for collections run amok, or as a fantastic refuge from the outside world. Packed from cover to cover with curiosities, you can be sure to pick up some unorthodox decorating ideas.

An obsessive streak appears to be a common trait of many persons who, after happening one day upon a particularly compelling item, become avid collectors of an entire genre of related objects. Nearly 2,000 smiley-face objects form the backbone of one man's highly personal decorating scheme pictured here. For other eccentrics, obsession manifests itself as huge collections of shoes, toys, religious statues, or, in one instance, hideous monsters created by a motion picture art director. What drives these collectors to accumulate so much stuff? The accompanying text provides limited insights. Overall, the mystery remains as to why certain people choose to live in interior spaces that visually challenge all who enter. Alice Joyce