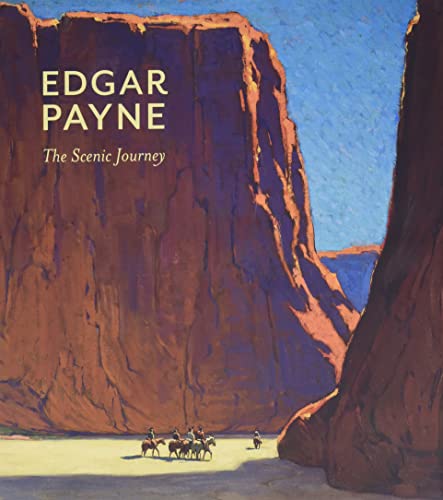 One of the most gifted of the historic California plein-air painters, Edgar Alwin Payne (1883-1947) utilized the animated brushwork, vibrant palette, and shimmering light of Impressionism, but his powerful imagery was unique among artists of his generation. While his contemporaries favored a quieter, more idyllic representation of the natural landscape, Payne was devoted to subjects of rugged beauty. Largely self-taught, he found inspiration and instruction in nature itself. His majestic, vital landscapes, informed by his reverence for the natural world, are imbued with an internal force and an active dynamism.
An avid traveler, Payne was among the first painters to capture the vigor of the Sierra Nevada, and his travels through the Southwest resulted in equally magnificent depictions of the desert. In Europe he rendered the towering peaks of the Alps and the colorful harbors of France and Italy. His unending quest to convey the ""unspeakably sublime"" in his landscapes won him widespread acclaim-one prominent critic called him a ""poet who sings in colors.""
Released in conjunction with the traveling exhibition organized by the Pasadena Museum of California Art, Edgar Payne: The Scenic Journey presents more than 125 reproductions of Payne's paintings, drawings, and decorative arts, as well as rarely seen photographs from the artist's travels and selections from his personal collection of compositional studies.
Essays by Peter H. Hassrick, Lisa N. Peters, Scott A. Shields, Jean Stern, and Patricia Trenton trace Payne's development as he traveled the world, discovering magnificence in diverse settings ranging from the California coast, the Sierra Nevada, and the stark Southwest desert to the Swiss Alps and the harbors and waterways of Europe. A richly researched chronology by Shields presents the biographical influences that shaped Payne's illustrious career.

Scott A. Shields, PhD, Associate Director and Chief Curator of the Crocker Art Museum in Sacramento, California, is also the author of Edwin Deakin: California Painter of the Picturesque.