Items related to Book of Longing 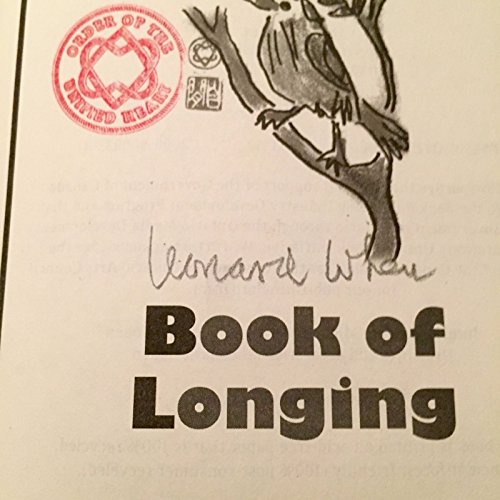 Leonard Cohen is one of the great writers, performers, and most consistently daring artists of our time. Book of Longing is Cohen’s eagerly awaited new collection of poems, following his highly acclaimed 1984 title, Book of Mercy, and his hugely successful 1993 publication, Stranger Music, a Globe and Mail national bestseller. Book of Longing contains erotic, playful, and provocative line drawings and artwork on every page, by the author, which interact in exciting and unexpected ways on the page with poetry that is timeless, meditative, and at times darkly humorous. The book brings together all the elements that have brought Leonard Cohen’s artistry with language worldwide recognition.

Leonard Cohen wrote the poems in Book of Longing—his first book of poetry in more than twenty years—during his five-year stay at a Zen monastery on Southern California's Mount Baldy, and in Los Angeles, Montreal, and Mumbai. This dazzling collection is enhanced by the author's playful and provocative drawings, which interact in exciting, unexpected ways on the page with poetry that is timeless, meditative, and often darkly humorous. An international sensation, Book of Longing contains all the elements that have brought Cohen's artistry with language worldwide recognition.

Leonard Cohen's artistic career began in 1956 with the publication of Let Us Compare Mythologies. Since then, he has published eleven books, including two novels, The Favourite Game (1963) and Beautiful Losers (1966), and, most recently, Stranger Music: Selected Poems and Songs (1993). He has -made seventeen albums, the latest being Dear Heather (2004). Numerous tribute albums, in many languages, have celebrated his songs.

Shipping: US$ 24.14
From United Kingdom to U.S.A.
Destination, rates & speeds