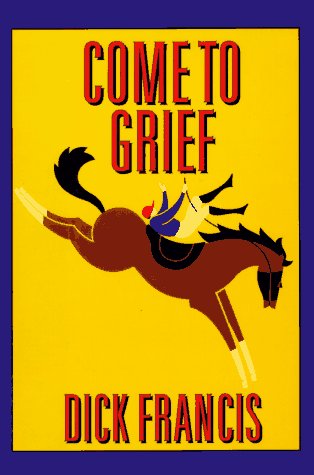 After suicide disrupts the trial of a beloved horse racing figure accused of corruption, ex-jockey Sid Halley investigates the death

Dick Francis brings back Sid Halley, champion jockey-turned-PI of his earlier novels Whip Hand and Odds Against, in this troubling story. Ellis Quint has everything he could want: fame, youth, money, good looks, and talent. What Sid has to figure out is why his friend Ellis also has a streak of sadism that leads him to cut off horses' hooves in the dead of night. Sid's search for the truth leads him into the lowest depths of human nature. Winner of the Edgar Award for best mystery novel.

His friend Ellis Quint has everything he could want: fame, youth, money, good looks, and talent. What Sid has to figure out is why he has committed such an obnoxious crime. On the morning set for the opening of Ellis's trial, at which Sid is due to be called as a witness, other people's miseries explode and send him spinning into days of hard rational detection and heart-searching torment.

Troubled, courageous and unwilling to admit defeat, for Sid Halley it is business as usual...

‘This is Francis writing at his very best'Evening Standard