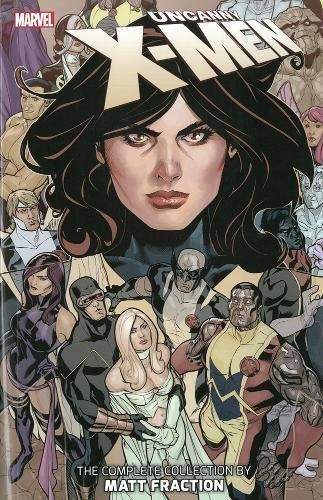 As Cyclops struggles to create a safe haven formutants on Utopia, Magneto suddenly arrives...and offers to join the X-Men! And to prove that he comes in peace, the Master of Magnetism undertakes a painful feat that might save another lost X-Man's life...or might just kill him. Then, after the events of Second Coming, the mutant race has Hope again - literally! Witness the stunning emergence of a new generation of heroes! Plus: things between Kitty Pryde, Emma Frost and Sebastian Shaw come to a head! And why are the X-Men all getting sick at once? The Sublime are back, and they've unleashed a contagion on Utopia. Can the mutants fight a microscopic foe, or will this be their final battleground? Matt Fraction's blockbuster X-Men run concludes!

Marc Silvestri, a major twenty-year comic book veteran, has been involved with content development since his start at Marvel Comics. In a short amount of time he established himself as a dynamic force in the world of comic books, bringing a new vitality to the industry. As an artist, Silvestri was instrumental in the success of such popular Marvel comic book properties as Uncanny X-Men and Wolverine, and went on to build a fan following unmatched by few other creators.
Silvestri's success in the publishing world has expanded into new areas of entertainment, including animation, action figures, live action television, features, interactive media, and international licensing.
Luke was born and raised on a cattle property in New South Wales, Australia. After years of struggling as a cattleman Luke came to the conclusion there would be no future in making a decent living from cattle breeding or farming in general. He had no idea after he sold the cattle property, and started to look for a financial advisor that he would end writing a book alerting people to what he believes is the best way to prepare and prosper in this existing financial debt crisis that precedes the great depression. He is totally committed and passionate about getting this information out to as many people as will listen. Once you understand this thinking you can prepare and succeed not only in the long slow winter deflationary season but in all seasons of our economy.