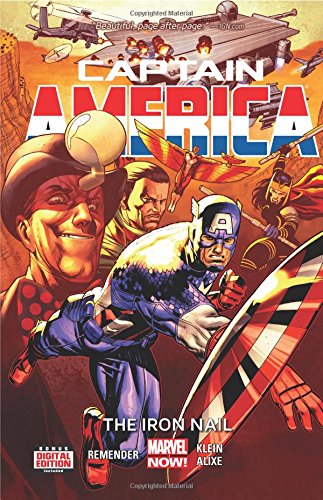 Captain America, the super-soldier patriot of World War II...is gone! Left in his place is Jet Black, daughter of criminal mastermind Arnim Zola! As beauti ful as she is powerful, Jet Black must learn the laws of mortal men in New York City. But when the Nazi soldiers known as the S Men lure Black into evil, will she follow in her nefarious father's footsteps? Meanwhile, the Weapon Minus Program has been reopened...and Captain America is unhinged! When the Iron Nail begins assassinating the heads of the five largest corporations, Falcon and Jet Black are forced to make a terrible choice! Can Captain America put a lid on Dr. Mindbubble, or will the villain shatter Captain America's already fragile psyche? And what happens when S.H.I.E.L.D.'s greatest secrets are revealed to the world's most dangerous man?