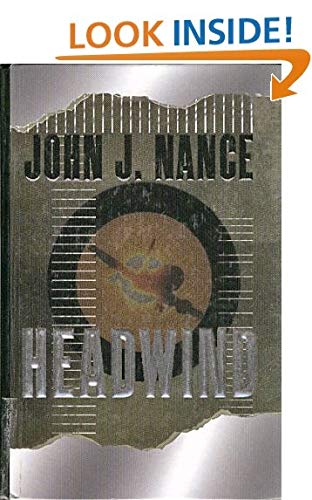 A feisty ex-president, John Harris flees potential arrest with the help of a daring airline pilot, in a tale of international politics and conspiracy.

Veteran aviation writer John J. Nance, a commercial pilot and TV commentator as well as a bestselling author, weighs in with a timely thriller whose near misses in the sky can't compete for drama with the political suspense unfolding on the ground. Former U.S. president John Harris, a principled politician who walked away from certain reelection because of a campaign promise to serve a single term, barely misses arrest on an Interpol warrant accusing him of violating the Treaty Against Torture by ordering a CIA operation against a biological weapons laboratory in Peru that resulted in the mutilation and murder of hundreds of innocent civilians.

The Peruvian government's hired gun is a British barrister who's tangled with Harris before; Harris's is an old friend and defrocked Texas judge who's languishing in obscurity at a Wyoming college when his former mentor calls on him for help--and who, not so coincidentally, has a deep-seated fear of flying. An added fillip is the plot's many references to the ongoing extradition battle over former Chilean President Augusto Pinochet on similar charges. But the real hero of this fast-paced suspense story is Craig Dayton, a reserve military officer and captain of the Boeing 737 that's running out of fuel as it searches for a safe harbor for Harris--not easy to find, since every nation in Europe has signed the treaty and will arrest Harris as soon as he lands.

It's a brilliant setup, and Nance handles it more than competently. Unusual for this writer, he pays as much attention to his human characters, their motivations and complexities, as he does to the aeronautical details. Harris is a bit overdone--what president ever walked away from a sure reelection win? And a secondary plot line featuring a group of veterans on Harris's flight who come to the aid of their former commander in chief errs on the side of sentimentality. Even so, this is a first-class read from a million-mile writer. --Jane Adams

John J. Nance, aviation analyst for ABC News and a familiar face on Good Morning America, is the author of several bestselling novels including Fire Flight, Skyhook, Turbulence, and Orbit. Two of his novels, Pandora’s Clock and Medusa’s Child, have been made into highly successful television miniseries. A lieutenant colonel in the U.S. Air Force Reserve, Nance is a decorated pilot veteran of Vietnam and Operations Desert Storm/Desert Shield. He lives in Washington State.

Book Description Thorndike Press, Thorndike, Maine, 2001. Laminated Hardcover. Condition: New. First Thus. Athens, Greece. As a Boeing 737 noses into its gate, the crew is confronted by Greek officials waiting to arrest one of its passengers - former president of the United States, John Harris. Fearing for Harris's safety, Captain Craig Dayton stages a daring escape by backing the jet away from the gate without clearance and taking off down a vacant runway. The dilemma is this: Peru has signed an Interpol Warrant for President Harris's arrest, and every nation in the Pan-American federation must honor it. As Captain Dayton flies Harris and his crew on an against-the-clock mission to find a safe haven, Harris's outgunned lawyer wrestles an international team of legal sharks snapping at their biggest prize yet. Seller Inventory # 33821