Items related to The Makeover in Movies: Before and After in Hollywood...

Ford, Elizabeth A; Mitchell, Deborah C The Makeover in Movies: Before and After in Hollywood Films, 1941-2002

The Makeover in Movies: Before and After in Hollywood Films, 1941-2002 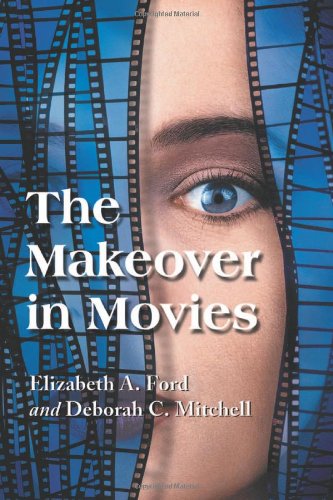 The plots of many films pivot on the moment when a dowdy girl with bad hair, ill-fitting outdated clothing, and thick glasses is changed into an almost unrecognizable glamour girl. Makeover scenes such as these are examined beginning with 1942’s Now, Voyager. The study examines whether the film makeover is voluntary or involuntary, whether it is always successful, how much screen time it takes up, where in the narrative structure it falls, and how the scene is actually filmed. Films with a Pygmalion theme, such as My Fair Lady, Vertigo, and Shampoo, are examined in terms of gender relations: whether the man is content with his creation and what sort of woman is the ideal. Some films’ publicity capitalizes on a glamorous star’s choice to play an unattractive character, as discussed in a chapter examining stars like Bette Davis, Meryl Streep, and Cameron Diaz. Topics also include folk literature’s Cinderella tale, men as the inspiration for makeovers in teen flicks films like Clueless, She’s All That, and Me, Natalie, and class repositioning in such movies as Working Girl, Pretty Woman, and Grease. Photographs are presented in a before/after format, showing the change in the madeover character.