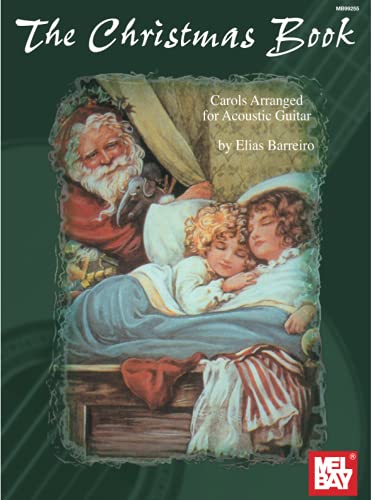 Elias Barreiro was born in Santiago de Cuba in 1930 and studied at the Havana Conservatory of Music. His post-graduate work was with maestro Andres Segovia at Santiago de Compostela in Spain. He has performed extensively in Cuba and abroad as a recitalist, soloist with orchestra, and with chamber ensembles. Professor Barreiro has edited and arranged scores for over forty books on guitar music and has numerous recordings to his credit. He has been a member of juries at both national and international competitions, and was the recipient of the 1992 Mentor Award given by the Guitar Foundation of America. Since 1967 Professor Barreiro has been the head of the guitar program at Tulane University. A number of his former students perform regularly in concerts, and hold faculty positions at universities and schools across the United States. Elias Barreiro has published works with Hansen Publications, the Willis Music Company, Editions Orphee, and now exclusively with Mel Bay Publications. Two selections from Professor Barreiro's The Guitar Music of Cuba (MB96178BCD) were used as incidental music in the 2002 MGM film Original Sin starring Antonio Banderas and Angelina Jolie. Both pieces, "La Celosa" and "Un Recuerdo," were originally written for the piano by Cuban composer Ignacio Cervantes and transcribed and performed on the guitar by Professor Barriero.