Items related to On Dangerous Ground 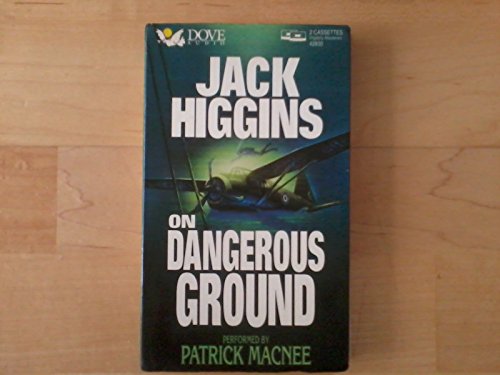 As Hong Kong prepares for its 1997 return to China, powerful business concerns will stop at nothing to stop the return.

Since The Eagle Has Landed―one of the biggest-selling thrillers of all time―every novel Jack Higgins has written has become an international bestseller. He has had simultaneous number-one bestsellers in hardcover and paperback, and many of his books have been made into successful movies, including The Eagle Has Landed, To Catch a King, On Dangerous Ground, Eye of the Storm, and Thunder Point. He has degrees in sociology, social psychology, and economics from the University of London, and a doctorate in media from Leeds Metropolitan University. A fellow of the Royal Society of Arts, and an expert scuba diver and marksman, Higgins lives in Jersey on the Channel Islands.

A missing silver Bible and a secret document signed by Mao Tse-tung and Lord Mountbatten extending the Hong Kong Treaty lead the British Secret Service and the Mafia on a race to the Scottish Highlands. Macnee gives a sparkling performance as he gives life to each of the story's characters. His accents, Scottish, Irish, Italian and English, are superb. And his rich voice adds to the performance as this adventure weaves a web of excitement and danger right down to the very last scene. D.L.V. An AUDIOFILE Earphones Award winner (c)AudioFile, Portland, Maine