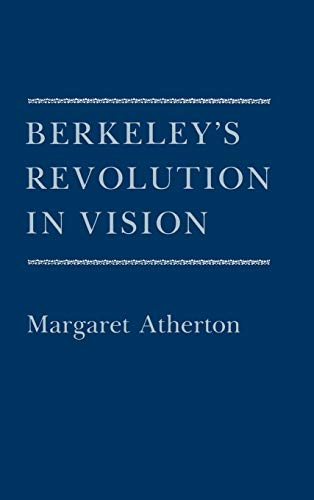 Berkeley's Essay towards a New Theory of Vision (1709), his first substantial publication, revolutionized the theory of vision. His approach provided the framework for subsequent work in the psychology of vision and remains influential to this day. Among philosophers, however, the New Theory has not always been read as a landmark in the history of scientific thought, but instead as a halfway house to Berkeley's later metaphysics. In this book, Margaret Atherton seeks to redress the balance through a commentary on and a reinterpretation of Berkeley's New Theory.