Items related to Galicia: A Historical Survey and Bibliographic Guide 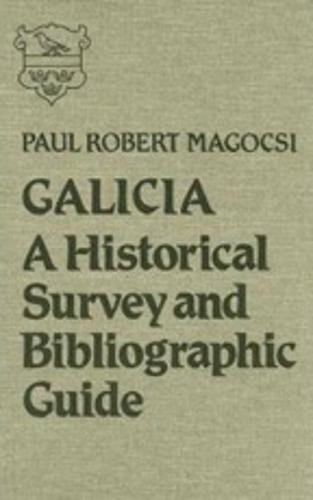 Galicia, an eastern European region that has been ruled by Poland, Austria, and the USSR at various times, has played an important and often crucial role in the Ukrainian historical development. This is the first comprehensive bibliographic guide to its history.

The over-all arrangement is chronological and within that by theme. The book emphasizes political, socioeconomic, literary, linguistic, and archeological developments as they are recorded in fourteen languages. It contains more than 3000 references, 1000 notes, a detailed thematic and name of index, and six maps which trace the historical development of Galicia.

Although Ukrainians have traditionally made up the largest part of Galicia’s population, substantial minority populations of Poles, Germans, Armenians, Karaites, and most especially Jews have lived in the region at various times. The extensive literature on Galicia’s Jews is brought together in this volume for the first time.

This volume is published in association with the Harvard Ukrainian Research Institute and the Canadian Institute of Ukrainian Studies. It won the 1982 Cenko Prize for the best work published in Ukrainian bibliography.

Paul Robert Magocsi is a professor in the Departments of History and Political Science at the University of Toronto.