Items related to The Wretched of the Earth

Fanon, Frantz The Wretched of the Earth 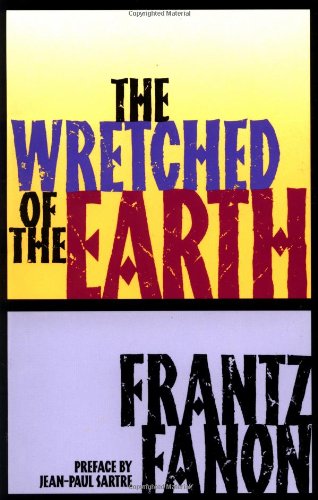 Frantz Fanon's seminal work on the trauma of colonization made him the leading anti-colonialist thinker of the twentieth century. Written at the height of the Algerian war for independence from French colonial rule and first published in 1961, it analyses the role of class, race, national culture and violence in the struggle for freedom. Fanon, himself a psychotherapist, makes clear the economic and psychological degradation inflicted by imperialism. Showing how decolonization must be combined with building a national culture, this passionate analysis of relations between the West and the Third World is still illuminating about the world today.

Frantz Fanon (1925-61) was a Martinique-born black psychiatrist and anticolonialist intellectual; The Wretched of the Earth is considered by many to be one of the canonical books on the worldwide black liberation struggles of the 1960s. Within a Marxist framework, using a cutting and nonsentimental writing style, Fanon draws upon his horrific experiences working in Algeria during its war of independence against France. He addresses the role of violence in decolonization and the challenges of political organization and the class collisions and questions of cultural hegemony in the creation and maintenance of a new country's national consciousness. As Fanon eloquently writes, "[T]he unpreparedness of the educated classes, the lack of practical links between them and the mass of the people, their laziness, and, let it be said, their cowardice at the decisive moment of the struggle will give rise to tragic mishaps."

Although socialism has seemingly collapsed in the years since Fanon's work was first published, there is much in his look into the political, racial, and social psyche of the ever-emerging Third World that still rings true at the cusp of a new century. --Eugene Holley, Jr.

Frantz Fanon (1925 - 1961) was an author from Martinique, essayist, psychoanalyst, and revolutionary. He was perhaps the preeminent thinker of the 20th century on the issue of decolonization and the psychopathology of colonization. His works have inspired anti-colonial liberation movements for more than four decades

1. The Wretched of the Earth

2. The Wretched of the Earth