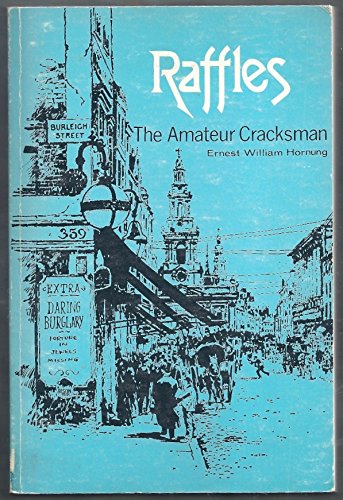 Gentleman thief Raffles is daring, debonair, devilishly handsome - and a first-class cricketer. In these eight stories the master burglar indulges his passion for cricket and crime: thieving jewels from a country house, outwitting the law, stealing from the nouveau riche and, of course, bowling like a demon - all with the assistance of his plucky sidekick Bunny. Encouraged by a suggestion from his brother-in-law Arthur Conan Doyle to write a series about a public-school villain, and influenced by his own days at Uppingham, Ernest Hornung created a unique form of crime story, where, in stealing as in sport, it is playing the game that counts, and there is always honour among thieves.

Ernest William Hornung (7 June 1866 – 22 March 1921) was an English author and poet known for writing the A. J. Raffles series of stories about a gentleman thief in late 19th-century London. Hornung was educated at Uppingham School; as a result of poor health he left the school in December 1883 to travel to Sydney, where he stayed for two years. He drew on his Australian experiences as a background when he began writing, initially short stories and later novels.

An English gentleman's honor is beyond reproach or suspicion even in the case of Raffles, a national cricket star and an utterly charming and accomplished thief who turns to crime to sustain a lifestyle he can ill afford. Alas, our intimacy with this fascinating protagonist and his accomplice is hindered by a labored, often torpid narration, which is heedless to the text's dramatic cues. Although Covell approximates a "top-drawer" English accent, he cannot sustain it; his attempts at regional dialects are inconsistent and lapse into painful parody. Perhaps a native speaker might have succeeded better in capturing the flavor of Victorian society, wherein the appearance of honor and position, so delineated by language, is to be respected above all else. B.M.W. (c)AudioFile, Portland, Maine