Items related to Walk Back the Cat: A Novel

Binnings Ewen, Pamela Walk Back the Cat: A Novel

Walk Back the Cat: A Novel 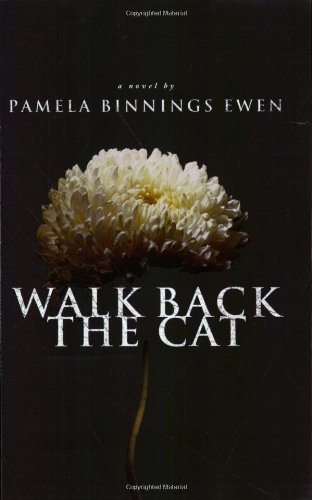 From AD 33, to the 1950s, to 2005, Walk Back the Cat tells the intricate, page-turning story of Wesley Bright. A corrupt, mediasavvy clergyman, he's out to destroy the Christian church of the God who was never there during his childhood.Like a cat retracing its steps to return home, the reader must go back to discover the root causes of Wesley's actions.Connecting the vast time shifts are mysterious characters and elements surrounding the Shroud of Turin, the burial cloth of Jesus. And although Wesley thrives on proving that truth is relative, what will soon transpire is brilliantly absolute.

Pamela Binnings Ewen practiced law for twenty-five years before following in the authorial footsteps of relatives James Lee Burke (The Glass Rainbow) and Andre Dubus III (The House of Sand and Fog) with novels like The Moon in the Mango Tree, winner of the Eudora Welty Memorial Award in the 2012 Biennial Letters competition. Her third work of fiction, Dancing on Glass, won the 2012 Single Titles Reviewers Choice Award and was a Christy Award finalist.