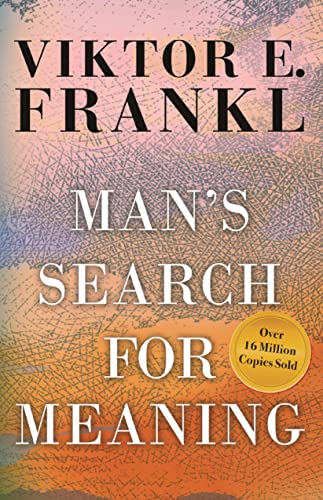 Psychiatrist Viktor Frankl's memoir has riveted generations of readers with its descriptions of life in Nazi death camps and its lessons for spiritual survival. Between 1942 and 1945 Frankl labored in four different camps, including Auschwitz, while his parents, brother, and pregnant wife perished. Based on his own experience and the experiences of others he treated later in his practice, Frankl argues that we cannot avoid suffering but we can choose how to cope with it, find meaning in it, and move forward with renewed purpose. Frankl's theory-known as logotherapy, from the Greek word logos ("meaning")-holds that our primary drive in life is not pleasure, as Freud maintained, but the discovery and pursuit of what we personally find meaningful.

Beacon Press, the original English-language publisher of Man's Search for Meaning, is issuing this new paperback edition with a new Foreword, biographical Afterword, and classroom materials to reach new generations of readers.

Viktor E. Frankl was professor of neurology and psychiatry at the University of Vienna Medical School until his death in 1997. His twenty-nine books have been translated into twenty-one languages. During World War II, he spent three years in Auschwitz, Dachau, and other concentration camps.

Harold S. Kushner is rabbi emeritus at Temple Israel in Natick, Massachusetts, and the author of bestselling books including When Bad Things Happen to Good People, Living a Life That Matters, and When All You’ve Ever Wanted Isn’t Enough.

William J. Winslade is a philosopher, lawyer, and psychoanalyst who teaches psychiatry, medical ethics, and medical jurisprudence at the University of Texas Medical School in Galveston.

One of the great books of our time. —Harold S. Kushner, author of When Bad Things Happen to Good People

"One of the outstanding contributions to psychological thought in the last fifty years."—Carl R. Rogers (1959)