Items related to Jean Toomer, Artist: A Study of His Literary Life and... 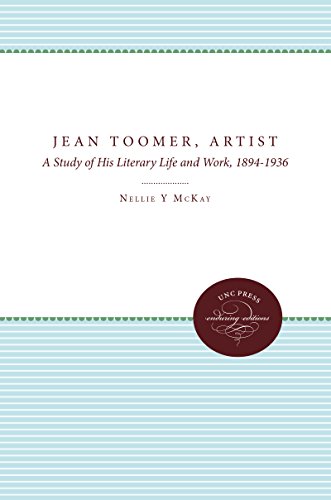 Toomer's literary career began in 1923 with the publication of Cane, the first and one of the finest portrayals of the black experience, and ended, somewhat mysteriously, thirteen years later with the publication of the long poem "Blue Mountain." Toomer and his work were forgotten until the black movement of the late 1960s rediscovered Cane, and a fresh generation of critics praised its aesthetics and philosophical merits. McKay explores the growth and decline of Toomer as a literary artist.

"Turning her attention to one of the most enigmatic figures of the Harlem Renaissance era, McKay demonstrates the value of granting extended attention to Toomer, who despite publishing only one novel occupies a position of central importance in the history of Afro-American fiction."-- Modern Fiction Studies

3. JEAN TOOMER, ARTIST: A STUDY OF