Items related to From Cotton Field to Schoolhouse: African American...

From Cotton Field to Schoolhouse: African American Education in Mississippi, 1862-1875 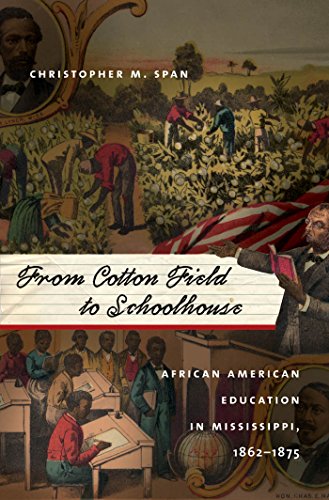 In the years immediately following the Civil War--the formative years for an emerging society of freed African Americans in Mississippi--there was much debate over the general purpose of black schools and who would control them. From Cotton Field to Schoolhouse is the first comprehensive examination of Mississippi's politics and policies of postwar racial education.

The primary debate centered on whether schools for African Americans (mostly freedpeople) should seek to develop blacks as citizens, train them to be free but subordinate laborers, or produce some other outcome. African Americans envisioned schools established by and for themselves as a primary means of achieving independence, equality, political empowerment, and some degree of social and economic mobility--in essence, full citizenship. Most northerners assisting freedpeople regarded such expectations as unrealistic and expected African Americans to labor under contract for those who had previously enslaved them and their families. Meanwhile, many white Mississippians objected to any educational opportunities for the former slaves. Christopher Span finds that newly freed slaves made heroic efforts to participate in their own education, but too often the schooling was used to control and redirect the aspirations of the newly freed.

"Span brings attention to the valiant and heroic efforts African Americans made on behalf of their children's education in a state known for virulent opposition to black progress. This well-researched, well-written book erases a void in the literature of black education in the South during this period."--Linda Perkins, author of Fanny Jackson Coppin and the Institute for Colored Youth, 1837-1902

Christopher M. Span is associate professor of education policy, organization and leadership and associate dean for academic programs at the University of Illinois at Urbana-Champaign.

1. From Cotton Field to Schoolhouse: African American Education in Mississippi, 1862-1875