Items related to Johnny Got His Gun (Turtleback School & Library... 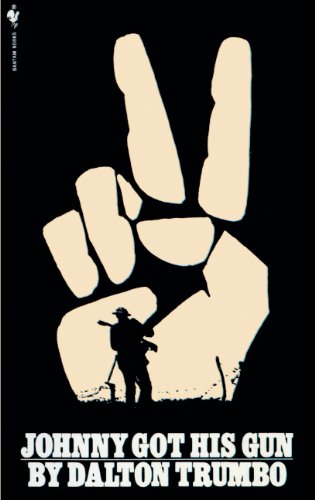 FOR USE IN SCHOOLS AND LIBRARIES ONLY. The powerful story of a young boy and his tragic fate in World War I makes a terrifying statement on the horrors of war and a compelling plea for peace.

This was no ordinary war. This was a war to make the world safe for democracy. And if democracy was made safe, then nothing else mattered--not the millions of dead bodies, nor the thousands of ruined lives...This is no ordinary novel. This is a novel that never takes the easy way out: it is shocking, violent, terrifying, horrible, uncompromising, brutal, remorseless and gruesome...but so is war.

"Mr. Trumbo sets this story down almost without pause or punctuation and with a fury amounting to eloquence."--The New York Times

"It is hard to imaging a more persuasive argument for staying out of war than this smooth, savage, brilliant tale."--Chicago Daily News

"Johnny Got His Gun" holds a place as one of the classic antiwar novels. First published in 1939, Dalton Trumbo's story of a young American soldier terribly maimed in World War I-- he "survives" armless, legless, and faceless, but with mind intact-- was an immediate bestseller. This fiercely moving novel was a rallying point for many Americans who came of age during World War II, and it became perhaps the most popular novel of protest during the Vietnam era.

Citadel Underground's edition of "Johnny Got His Gun" features a powerful new introduction by Ron Kovic, author of "Born on the Fourth of July", and also includes an introduction by Dalton Trumbo.

""Johnny Got His Gun" still remains the most powerful piece of writing to influence me after Vietnam. Upon my return from the war, and after all these twenty-two years spent in a wheelchair, paralyzed from the mid-chest down, I've read many writers that have influenced my life profoundly-- Hemingway, Conrad, Tolstoy, Gandhi, Dr. Martin Luther King-- but there has been nothing out of that body of great literature to compare to this book... "Johnny Got His Gun" remains the most revolutionary, searing document against was and injustice ever written." --Ron Kovic, from his introduction

"{This} is a terrifying book, of an extraordinary emotional intensity." --The Washington Post

""Johnny Got His Gun" is not merely a powerful antiwar document; it is also a powerful and brilliant work of the imagination... Mr. Trumbo has written a book that can never be forgotten by anyone who reads it." --Saturday Review

"A terrible story, remorseless, uncompromising... this book was a shocking and violent experience." --Herald Tribune

"There can be no question of the effectiveness of this book." --The New York Times