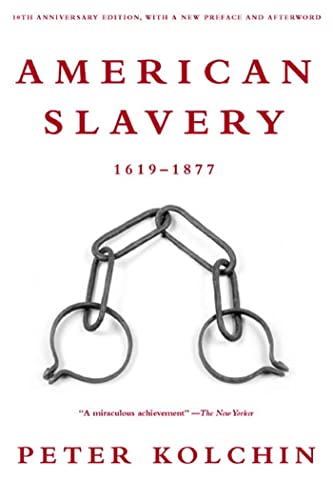 In terms of accessibility and comprehensive coverage, Kolchin's American Slavery is a singularly important achievement. Now updated to address a decade of new scholarship, the book includes a new preface, afterword, and revised and expanded bibliographic essay. It remains the best book to introduce a subject of profound and lasting importance, one that lies at the center of American history.

Peter Kolchin, the Henry Clay Reed Professor of History at the University of Delaware, is the author of numerous books, most recently A Sphinx on the American Land: The Nineteenth Century South in Comparative Perspective (2003).