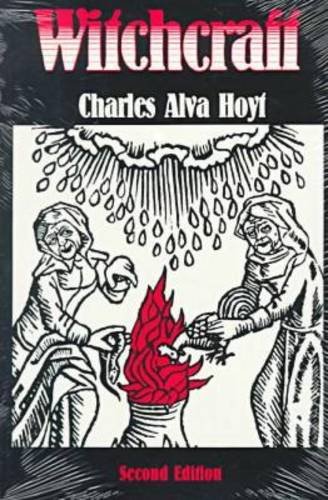 In this new edition Charles Alva Hoyt updates his research and offers fresh interpretations of the fascinating history of witches. Among his "Second Thoughts" are cautious examinations of the possible implications of the space-time continuum of Einstein’s special theory of relativity and the "Many Worlds" interpretation of quantum mechanics to the observed phenomena of witchcraft. Hoyt, a descendant of Susanna Martin who was hanged as a witch for walking through a Salem rain without getting her feet wet, carefully sketches the background and history of this least understood of supernatural phenomena as it has evolved from antiquity to the present. He identifies seven distinct schools of witchcraft orthodox, skeptic, anthropological, psychological, pharmacological, transcendental, and occult and thoroughly analyzes each of them. He explores witchcraft’s increased influence resulting from the New Testament’s personification of evil as Satan. Especially enlightening are the ways that the nonwitch world has perceived and treated witches. Witches were often victims at the lower end of the social order, scapegoats for the misfortunes of neighbors, town officials, and family members. Many of them suffered decapitation, hanging, burning and torture, dismemberment, and removal of skin with red-hot pincers for their alleged witchcraft. Dietrich Flade, Rector of the University of Trier, for example, was burned on 18 September 1589 after having been "mercifully and Christianly strangled." He had been found guilty of causing "plagues of hailstones and snails."

"Witchcraft is a good general survey not only of witchcraft but also of satanism, the occult, and other assorted aspects of the black arts." Alan M. Olson, The Review of Books and Religion

Hoyt manages a very comprehensive overview of the subject, as much or more than the average reader will want to know. He remains very objective on a quite emotional issue.” The Priest