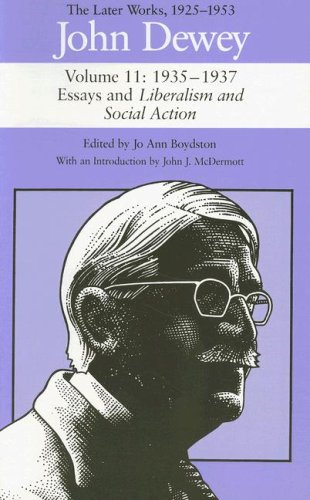 This volume includes ninety-two items from 1935, 1936, and 1937, including Dewey’s 1935 Page-Barbour Lectures at the University of Virginia, published as Liberalism and Social Action.

Jo Ann Boydston is Director of the Center for Dewey Studies.