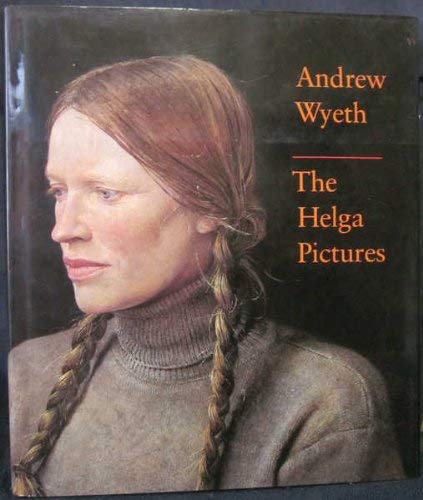 With 294 illustrations, including 96 plates in full color. Bound in the publisher's original red cloth with the front cover and spine stamped in gilt. Dust jacket.

The announcement nine months ago that 240 hitherto unknown paintings and drawings by Andrew Wyeth had been bought by collector Leonard Andrews and would go on show was front-page news. Abrams, which helped to arrange the initial exhibit at the National Gallery of Art in Washington, D.C., here publishes the entire collection of Wyeth's renderings of his neighbor Helga Testorf, with a text by the gallery's deputy director. There is also a rather foolish piece by Andrews ("I personally feel he is so far ahead of any other living artist that it is hard to name the second best"). The pictures, meticulously reproduced, range widely in mood, from sensuous nudes to somber studies of Helga in assorted rustic landscapes and interiors; they are examples of fine craftsmanship but continue to leave open the question of whether Wyeth is more than a highly skilled illustrator with a flair for drama and atmosphere. In any case, the controversy in the art world about Wyeth's stature (merely hinted at in a footnote here), and the traditional romantic speculation about artist and model, seem certain to fuel sales. 400,000 first printing; BOMC main selection.
Copyright 1987 Reed Business Information, Inc.