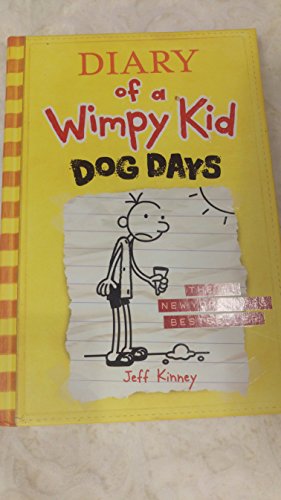 It’s summer vacation, the weather’s great, and all the kids are having fun outside. So where’s Greg Heffley? Inside his house, playing video games with the shades drawn.

Greg, a self-confessed “indoor person,” is living out his ultimate summer fantasy: no responsibilities and no rules. But Greg’s mom has a different vision for an ideal summer . . . one packed with outdoor activities and “family togetherness.”

Whose vision will win out? Or will a new addition to the Heffley family change everything?

The world has gone crazy for Jeff Kinney's Diary of a Wimpy Kid series * Sun * Kinney is right up there with J K Rowling as one of the bestselling children's authors on the planet. * Independent * Hilarious! * Sunday Telegraph * The most hotly anticipated children's book of the year is here - Diary of a Wimpy Kid. * Big Issue *