Items related to The Colossus of Maroussi

Miller, Henry The Colossus of Maroussi

The Colossus of Maroussi 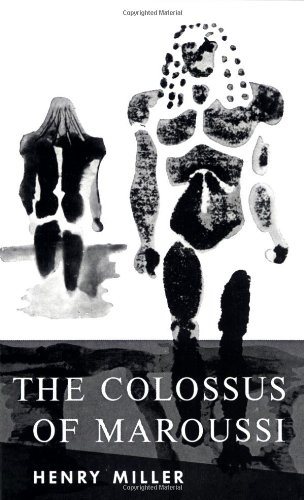 It has preceded the footsteps of prominent travel writers such as Pico Iyer and Rolf Potts. The book Miller would later cite as his favorite began with a young woman’s seductive description of Greece.

This book about Greece, by the author of Tropic of Cancer and Tropic of Capricorn is incandescent with his feeling for a great people and their past.

Henry Miller (1891―1980) was one of the most controversial American novelists during his lifetime. His book, The Tropic of Cancer, was banned in the some U.S. states before being overruled by the Supreme Court. New Directions publishes several of his books.

“Miller captures the spirit and warmth of the resilient Greek people in his story of a wartime journey from Athens to Crete.”
- National Geographic

“It doesn't seem far from a miracle to me, the emergence of as friendly and joyful a book.”
- Paul Rosenfeld

“One of the five greatest travel books of all time. ”
- Pico Iyer

1. The Colossus of Maroussi

2. The Colossus of Maroussi Miller, Henry

3. The Colossus of Maroussi