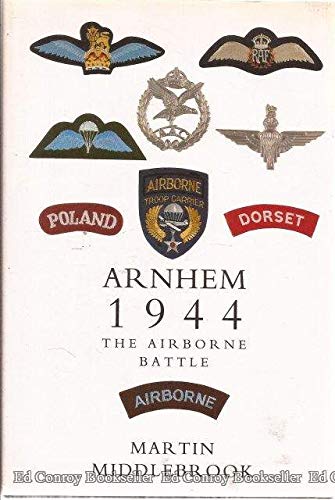 Arnhem was meant to end the war in Europe. The Germans were in retreat from Normandy and seemed to be beaten. Three airborne divisions were to seize the bridges across the great rivers of Holland and unleash the Allied armies into Germany. The Battle of Arnhem was a turning-point in the war, a gamble by Montgomery, using three airborne divisions to capture a series of bridges across the wide rivers that separated a powerful mobile army from the plains of northern Germany. If the bridges had been captured and held, and the ground forces had been able to relieve the airborne forces, then there would have been a good chance of ending the war before Christmas 1944.
It all went wrong. The initial operation was successful, the bridges taken by the Americans were relieved by ground troops, but these troops could not reach Arnhem quickly enough. In the meantime, only a small part of the 1st British Airborne Division had reached the Arnhem bridge. Most of the remainder of the airborne force was held up on the outskirts of the town by German units that turned out to be far stronger than expected - a major intelligence failure. After nine days of fighting, the survivors of the division were withdrawn across the Rhine and it was not until many months later that ground forces captured Arnhem.
Using the technique he has perfected over twenty-five years of military study, blending meticulous research based on original documents with the personal experiences of more than 500 participants, Martin Middlebrook describes the Battle of Arnhem from start to finish, from one end of that complicated battlefield to the other. On this fiftieth anniversary, he offers a masterly summary of what went wrong in the last major defeat in battle suffered by the British Army.

Martin Middlebrook is a Fellow of the Royal Historical Society.

The subject of Middlebrook's thirteenth outstanding book is the same battle Cornelius Ryan treated more broadly in his best-seller A Bridge Too Far. Middlebrook's focus is tighter, though--almost entirely on the British airborne troops who landed at the far end of the Allied thrust and became mostly casualties but also on the Dutch who helped and then suffered with them. Within this framework, Middlebrook has done as well as ever, following his usual practice of weaving printed sources and a mass of interviews into a seamless narrative in which both vivid personal experiences and the technicalities of the background are brought out so as to be accessible to just about any level of readership. Middlebrook says this invaluable companion to Ryan's Bridge may be his last book; any serious lover of military history will hope otherwise. Roland Green