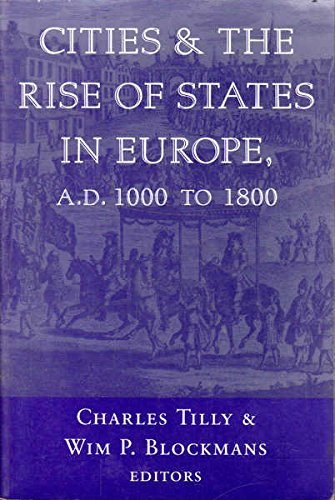 The rise of large, powerful states in Europe after 1000 a.d. transformed life across the Continent and eventually through the whole world. The new European states disposed of unprecedented stores of capital and vast military capacities.In recent decades, scholars have often drawn general models of state formation from the European experience after 1700, then applied them with only partial success to other parts of the world. Although such studies of modern Europe improved on early theories of modernization and development, they failed to accommodate the varied ways in which city-states, empires, federations, centralized states, and other forms of government evolved and the pivotal role that cities played in the multiple paths to state formation.In a sweeping, original work detailing eight centuries of city-state relations, Charles Tilly, Wim P. Blockmans, and their contributors document differences in political trajectories from one part of Europe to another and provide authoritative surveys of urbanization in nine major regions; they also suggest many correctives to previous analyses of state formation. They show that the variable distribution of cities significantly and independently constrained state formation and that states grew differently according to the character of urban networks in a given region. Their systematic study shows that unilinear models of state transformation underestimate the contingency and variability of popular and elite compliance with state-building activities. The book's findings offer important implications for the nature of economy, sovereignty, warfare, state power, and social change throughout the world.

Chris Tilly is associate professor of regional economic and social development at the University of Massachusetts at Lowell. Charles Tilly is Joseph L. Buttenwieser Professor of Social Science at Columbia University.

2. CITIES AND THE RISE OF STATES IN

3. CITIES AND THE RISE OF STATES IN

4. CITIES AND THE RISE OF STATES IN