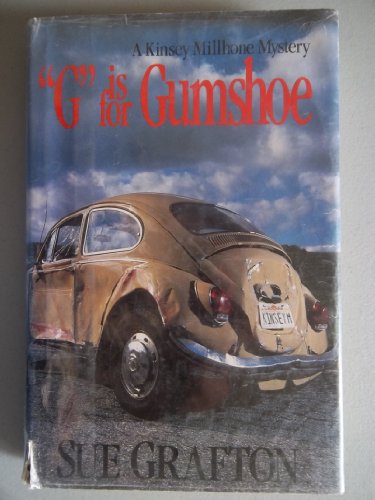 As Kinsey Millhone pieces together clues from an elderly woman's past, a villian tries to kill her, and she is forced to enlist the aid of bodyguard Robert Dietz

You can understand why Sue Grafton's private eye Kinsey Millhone has captured the attention and continued loyalty of her ongoing fans. Sue Grafton has the ability to place Kinsey in fascinating situations where she has to use her wily instincts to solve mysteries. Since both author and heroine reside just north of Santa Barbara, the series is especially loved in California. My book buyers always put Grafton's books at the top of their bestseller lists. --Nanci Andersen, Ballantine Sales

"One of the sassiest, most appealing of the recent spate of female gunshoes . . . 'G' is for glorious, galloping read, and I can't wait for 'H' ."
--Louise Bernikow, Cosmopolitan

Good and bad things seem to be coming in threes for Kinsey Millhone: on her thirty-third birthday she moves back into her renovated apartment, gets hired to find an elderly lady supposedly living in the Mojave Desert by herself, and makes the top of ex-con Tyrone Patty's hit list. It's the last that convinces Kinsey even she can't handle whoever's been hired to whack her, and she gets herself a bodyguard: Robert Dietz, a Porsche-driving P.I. who takes guarding Kinsey's body very seriously. With Dietz watching her for the merest sign of her usual recklessness, Kinsey plunges into her case. And before it's over, she'll unearth the gruesome truth about a long-buried betrayal and, in the process, come fact-to-face with her own mortality. . . .

"Wit is the most versatile weapon in Sue Grafton's well-stocked arsenal, and she uses it with disarming precision. . . . Grafton excels in this milieu."
--Newsweek

"The story is complex; the body-count high; the sexual encounters feverish; and the villains chilling--in another can't-put-it-down outing for this talented author."
--Kirkus Reviews
From the Paperback edition.