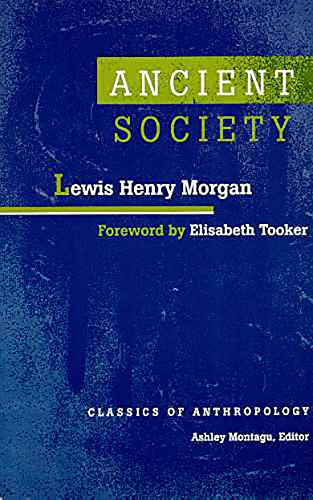 Lewis Henry Morgan studied the American Indian way of life and collected an enormous amount of factual material on the history of primitive-communal society. All the conclusions he draws are based on these facts; where he lacks them, he reasons back on the basis of the data available to him. He determined the periodization of primitive society by linking each of the periods with the development of production techniques. The “great sequence of inventions and discoveries;” and the history of institutions, with each of its three branches — family, property and government — constitute the progress made by human society from its earliest stages to the beginning of civilization. Mankind gained this progress through 'the gradual evolution of their mental and moral powers through experience, and of their protracted struggle with opposing obstacles while winning their way to civilization.'

Robin Fox is University Professor of Social Theory at Rutgers University. Among his best known works are The Imperial Animal (with Lionel Tiger); Kinship and Marriage; The Red Lamp of Incest; The Violent Imagination; The Search for Society and Encounter With Anthropology.

"This book, first published in 1877, is believed to be the first modern inquiry into social evolution. Receiving much attention from Karl Marx and Frederick Engels, Ancient Society made a great impact on historians of the last century and influenced general anthropology."—Lore and Language (England)