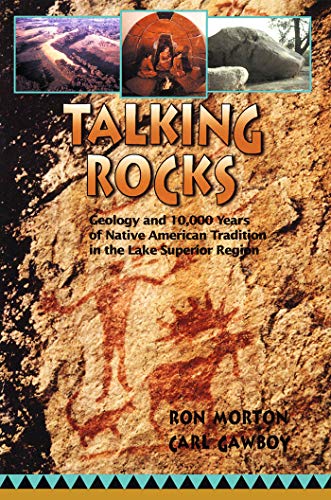 Join the conversation as an earth scientist and a Native American elder—wise men from two cultures—explore the natural history of the Lake Superior region, examining both the science and the spirit of the land.

As the geologist carefully presents a modern scientific perspective, the storyteller eloquently recounts a traditional Native American understanding, passed on through tales, myths, and symbols that illustrate how intimately his people have known and honored the earth and its history for over a hundred centuries.

Talking Rocks is not only a story of geological history told from two perspectives, it is also a chronicle of two people from very different cultural and scientific heritages learning to understand and appreciate each other’s distinct yet complementary ways of viewing the land we share.