Items related to World War I (History of Warfare Series) 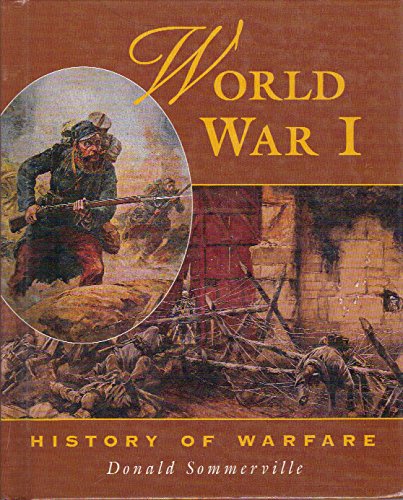 Examines the causes, course, and social implications of World War I, as well as technological and strategic advances of the time

Grade 5-8-These general overviews begin with brief introductions, cover the major campaigns and battles in roughly chronological order, and conclude with minimal final analyses. Sidebars supply information about civilian and military leaders, weapons, and other aspects of the conflicts. The texts are supplemented by photos; reproductions; and numerous color maps of regions, campaigns, and specific battles. Although these books are attractive, they suffer from several weaknesses that limit their effectiveness for reports. The chronological organization makes it difficult to follow action that occurred in differing theaters of war operations. Also, the scope is too broad. The authors have included material about leaders, weapons, tactics, and social conditions in a limited space, making coverage superficial at best. The most serious weakness, however, is the lack of focus. Although the titles provide information about the changing nature of warfare and the introduction of new weapons and tactics, there is not enough analysis of how these factors influenced each conflict. These books will neither aid report writers nor hold the attention of general history readers.
Mary Mueller, Rolla Junior High School, MO
Copyright 1999 Reed Business Information, Inc.