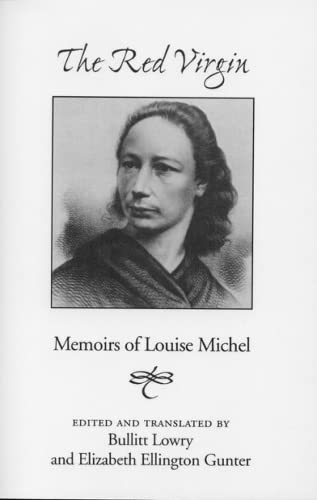 Louise Michel was born illegitimate in 1830 and became a schoolmistress in Paris. She was involved in radical activities during the twilight of France’s Second Empire, and during the Franco-Prussian War of 1870 and the siege of Paris. She was a leading member of the revolutionary groups controlling Montmarte. Michel emerged as one of the leaders of the insurrection during the Paris Commune of March-May 1871; and French anarchists saw her as martyr and saint – The Red Virgin. When the Versailles government crushed the Commune in May 1871, Michel was sentenced to exile in New Caledonia, until the general amnesty of 1880, when she returned to France and great popular acclaim and support from the working people of the country. Michel was arrested again during a demonstration in Paris in 1883 and sentenced to six years in prison. Pardoned after three years, she continued her speeches and writing, although she spent the greater part of her time from 1890 until her death in 1905 in England in self-imposed exile. It was during her prison term from 1883 to 1886 that she compiled her Memoires, now available in English.            These memoirs offer readers a view of the non-Marxist left and give an in-depth look into the development of the revolutionary spirit. The early chapters treat her childhood, the development of her revolutionary feelings, and her training as a schoolteacher. The next section describes her activities as a schoolteacher in the Haute-Marne and Paris and therefore contains much of interest on education in 19th-century Europe. Her chapters on the siege of Paris, the Commune, and her first trial show those events from the point of view of a major participant. Of particular interest is a chapter on women’s rights, which Michel saw as part of the search for the rights of all people, male and female, and not as a separate struggle.            The Red Virgin: Memoirs of Louise Michel will be useful to both scholars and students of 19th-century French history and women’s studies.