Items related to But No Elephants

Smath, Jerry But No Elephants 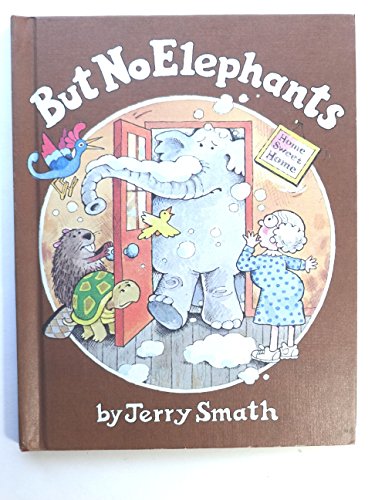 Grandma Tildy, who lives alone and works so hard she has no time to play, decides to adopt a variety of pets

Jerry Smath has written over 40 children s books and illustrated well over a hundred books by other authors. Several of his books have won Children's Choice, Kids First, and Parent's Choice Awards; one of which has become a children's classic and was shown on BBC TV. The Horn Book calls Jerry's illustrations, "lively and amusing, bringing every page hilariously to life." Booklist says, "kids will fancy the silly pratfalls captured in his rhyming text and sunny watercolors." While School Library Journal calls his artwork "exuberant".