Items related to Reflections in a Glass Eye: Works from the International...

Reflections in a Glass Eye: Works from the International Center of Photography Collection 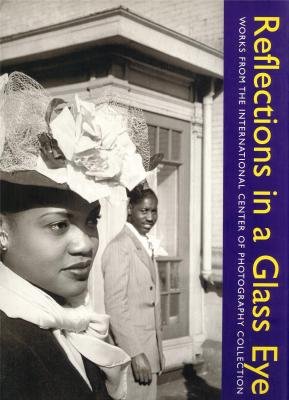 A stunning celebration of the artistry and diversity of the photographic medium showcases the talents of Margaret Bourke-White, Richard Avedon, Henri Cartier-Bresson, Irving Penn, Cindy Sherman, and other remarkable photographers. 12,500 first printing.

This nourishing book spans the incomparable collection of the International Center of Photography (ICP), the organization founded in New York City in 1974 by Cornell Capa in memory of his brother, Robert, the documentary photographer who was killed in Vietnam. Capa used the term "concerned photography" at the time, to distinguish the ICP's interests from fine-art photography, but the center has since become an umbrella organization for all types of photographic activity and all manner of photography, including anonymous antique prints and fashion photography. This book, which commemorates its 25th anniversary, contains an introduction by ICP curator Ellen Handy and four essays by such perspicacious writers as Diane Johnson and Charles Simic. It also offers thumbnail biographies of the makers of the 145 duotones and 30 color photographs reproduced here. Few of the photographers are represented by their most familiar prints, so there are surprises on nearly every page. There is a sweetly pensive portrait of actress Kim Novak by the often creepy Duane Michals, for example. And while Lisa Fonssagrives, the stunning 1960s fashion model, appears in at least one photograph, it isn't by Irving Penn, her husband and Vogue collaborator, whose work is instead represented by a blurry, subtly alarming photograph of Moroccan children running through an empty alleyway. There are some painfully familiar works, however, such as Yasushi Nagao's Assissination of Asanuma and Larry Clark's Naked teenagers injecting amphetamines. The book has one flaw: the table of contents lists only the general rubrics of "Landscapes," "War and Disaster," and the like, and there is no index, so finding a particular photographer's work is not always easy. --Peggy Moorman

The International Centre of Photography was founded in 1974 by Cornell Capa. It began with the work of celebrated photojournalists such as Robert Capa and David Seymour and has developed into a major collection of international photographs.

1. Reflections in a Glass Eye: Works from the International Center of Photography Collection