Items related to Murder Game, The 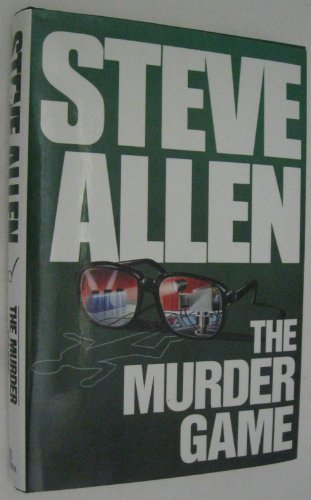 The revival of one of America's greatest TV game shows could prove an ugly affair when a real killer stalks the guests, and Steve Allen and his wife must solve the case before they end up dead themselves.

In his 37th book, Allen, the greatest show-biz autodidact since Artie Shaw and arguably TV's only Renaissance man, has crafted a tricky, well-made whodunit. His protagonist, Steve Allen, narrates. Steve and his wife Jayne Meadows, are asked to be panelists on a revived TV game show, "The Murder Game." At the reunion party an elderly, slightly dotty actress and panelist takes a deadly fall downstairs. Learning that the show's ex-producer also suffered a fatal accident in his retirement village, Jayne pushes Steve to probe further. There are other odd, "accidental" deaths, and as bodies pile up, so do suspects: The smoothie producer? The ambitious TV exec? Her ne'er-do-well brother? The aging beauty? Her young husband? The rising soap opera starlet? Her boyfriend? Steve and Jayne almost end up trapped in a yacht heading out to sea on autopilot, but they manage to unmask the killer on live TV. "Steve Allen" here is just the way we know him: bright, urbane, witty and (just a tad disappointingly) good-natured toward Tinseltown. But he is still charming, wonderfully literate company.
Copyright 1993 Reed Business Information, Inc.

America was ready for a nostalgic treat when it revived one of television's most popular game shows. Little did the network know that it was setting the stage for murder. Steve Allen is a master tale-teller whose skills as a writer are equaled by his abilities as a dramatic narrator. Allen fans will want to avail themselves of The Murder Game, the latest evidence of the multitalented creativity of Steve Allen. -- Midwest Book Review