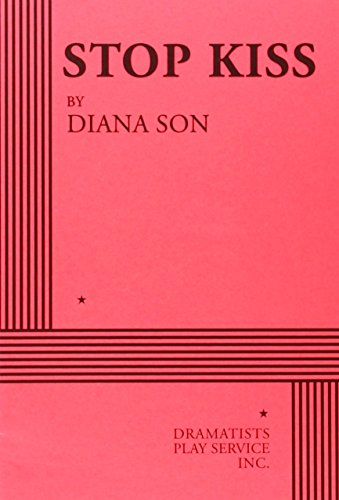 A comedy drama for a 3 man, 3 woman cast. After Callie meets Sara, the two unexpectedly fall in love. Their first kiss provokes a violent attack that transforms their lives in a way they could never anticipate.

It doesn't do this play justice to say that much of the action takes place in a hospital room around the bed of a comatose woman. On the other hand, it may explain why critics have been so impressed. From unpromising material--standard urban settings, stilted exchanges, missed cues, private jokes, half-finished sentences--Diana Son has crafted a subtle, moving drama about vulnerability and risk. When Callie, a twentysomething New York traffic reporter, promises to take on a cat owned by Sara, "some friend of an old friend of someone," she arranges to leave quickly after Sara drops off the cat so that she doesn't get drawn into a dull evening with a stranger. Callie is an expert at avoiding conflict, which serves her well in the city. Sara, on the other hand, has willingly left her job at a Quaker school in St. Louis to teach third-graders in the Bronx. Although both are "straight" women, they circle each other warily, nursing an unspoken attraction. The playwright's choice to shuttle back and forth in time, between the hospital room and police station and the early days of Callie and Sara's friendship, lends a bittersweet quality to even their lightest exchanges, allowing us to wonder, along with the two women, whether the violent outcome of their single kiss makes it a bad idea. Stop Kiss revises Romeo and Juliet, with one thug and the mores of a nation standing in for the family feud. --Regina Marler