Items related to Undercurrents: The Hidden Wiring Of Modern Music

Wire, The Undercurrents: The Hidden Wiring Of Modern Music 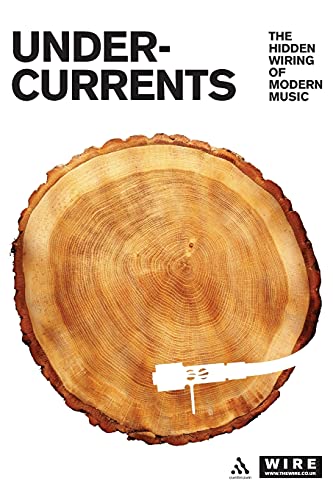 For the last twenty years The Wire has fearlessly bypassed fashion in it's search to expose the most innovative, radical, and compelling music from every genre all across the world. As listeners have grown increasingly eclectic and adventurous in their tastes, The Wire has emerged as the most authoritative source on modern music.

In Undercurrents some of the best music writers of our time uncover the hidden wiring of the past century's most influential music. Ian Penman discusses how the microphone transformed the human voice and made phantom presences of great singers such as Billie Holiday, Robert Johnson, and Brian Wilson. Christoph Cox demonstrates how the pioneers of live electronic music, the West Coast ensemble Sonic Arts Union, redefined virtuosity for the electronic age. Philip Smith and Peter Shapiro examine Harry Smith's Smithsonian Anthology of American Folk Music, which led to a massive reappraisal of musical values that went far beyond the folk music revival.

The Wire is a collectively-owned magazine based in London. Publisher Tony Herrington says, "We don't sees ourselves as outside commentators but very much as part of a community of musicians and listeners."

"Equal parts historical exhumation and agenda-setting exposition, Undercurrents' themes treat music as a medium engaged with contexts and brushed by various tines of culture...The book divulges countless secrets...But Undercurrents' most revealing secret lies in the way it makes margins and headlines part of the same text."—Andy Battaglia, The Onion, 2/26/03

'Rammed full with historical details....Great for those who want to delve deeper into why today's music sounds like it does.' —Straight No Chaser

"The facts you learn from Undercurrents will help you navigate your next coctail party, but its concepts may have a more lasting effect: changing the way you listen." —XLR8R

"This engrossing collection...illuminates everything from Harry Smith's folk anthologies to sound sculpture to glitch techno....insightful and persuasively argued."—Rolling Stone, April 3, 2003

"Undercurrents' 20 essays...draw interesting and intriguing connections with often fervid rhetoric that nonetheless simmers with good insights. Undercurrents is a good book that belongs on the shelf of every maker and maven of adventurous music." Christo

"Published in 2002 to coincide with The Wire's 20th anniversary, this anthology of essays...outlines the key concepts and underlying themes hardwired into the radical music of the past 100 years." —The Wire Books, 01/09/09

Book Description Bloomsbury Publishing PLC, United Kingdom, 2003. Paperback. Condition: New. New. Language: English. Brand new Book. In a series of essays, "Undercurrents" identifies the key concepts and underlying themes that have been hardwired into the modern era's most radical musics, ever since Thomas Edison invented the record player. The phonograph, electronics, chance operations, Futurism, Surrealism, the civil rights movement, noise, alternative tuning systems and market forces have all redrawn the map of contemporary sound. This title tracks these seismic shifts across a wide range of music including modern composition, free jazz, experimental rock and pop, industrial, ethnic music, Techno and electronica, and looks at the extraordinary innovations and invented instruments that have passed into obscurity. Many of these essays first appeared as a series in "The Wire", which since 1982 has bypassed the music mainstream in search of the most innovative, uncompromising and compelling sounds from all genres across the world. As music listeners have grown increasingly eclectic and adventurous in their tastes, "The "Wire' has emerged as an authoritative source on modern music. This volume contains new material as well as revised and updated versions of many of the original articles. Seller Inventory # AAV9780826464507