Items related to The Story of Redemption: A Concise Presentation of...

Ellen G. White The Story of Redemption: A Concise Presentation of the Conflict of the Ages Drawn From the Earlier Writings of Ellen G. White

The Story of Redemption: A Concise Presentation of the Conflict of the Ages Drawn From the Earlier Writings of Ellen G. White 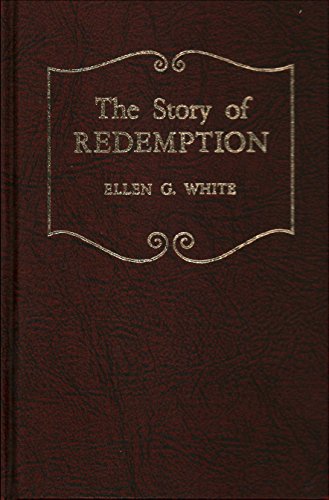 In the mid-nineteenth century Ellen White experienced a series of visions concerning the great controversy of the ages between Christ and Satan. These visions inspired a small work entitled Spiritual Gifts, which was later expanded into a four-volume work, The Spirit of Prophecy. Later this material was further amplified and published in the five-volume Conflict of the Ages series. This volume contains the heart of The Spirit of Prophecy, with additional material. In chronological order it covers God's dealings with humanity from the primordial fall of Lucifer to the new earth, with behind-the-scenes glimpses often supplying details not found in Scripture. The deletions necessary to present this story in a minimum of space are not indicated in the text. Some slight adjustments have been made, such as the use of current words or expressions to replace those now obsolete. Also, current forms of spelling, punctuation, and grammar are adopted. Aside from these adjustments, the original text is unchanged, still maintaining its original graphic and terse treatment of the vital theme it presents. [From the Foreword]