Items related to Smart House: A Charlie and Constance Mystery 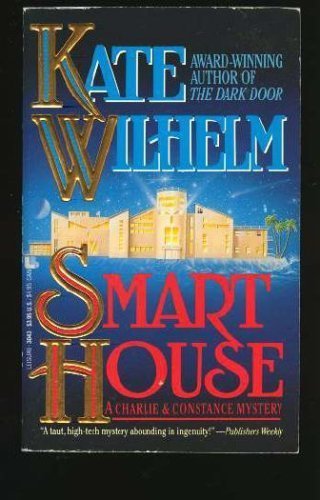 Former N.Y. arson investigator and retired cop Charles Meiklejohn and his wife, Constance Leidl, a psychologist ( The Hamlet Trap ), return in a taut, high-tech mystery abounding with ingenuity. The ultimate dream of child prodigy Gary Elringer, the founder of Bellringer Company, producers of computer hardware and software, was to create a total, computer-controlled environment. Much to the dismay of the stockholders, he uses the firm's profits to build a futuristic dwelling in North Bend, Oreg., called Smart House. Gary invites the nine naysayers there, so they can experience first-hand its remarkable capabilities. More importantly, he wants to thwart a takeover of Bellringer by his jealous brother, Bruce. Gary's weekend festivities call for everyone's participation in a game called Assassin; in the midst of the contest, Gary and architect Rich Schoen are found dead, the apparent victims of a computer glitch. Charlie and Constance must unravel the bizarre circumstances surrounding their demise. Award-winning science fiction writer Wilhelm's finely crafted novel showcases solid characterization and provides a glimpse of a realistic relationship between a couple in their 50s. She has also painted a compelling picture of life in the 21st century.
Copyright 1988 Reed Business Information, Inc.