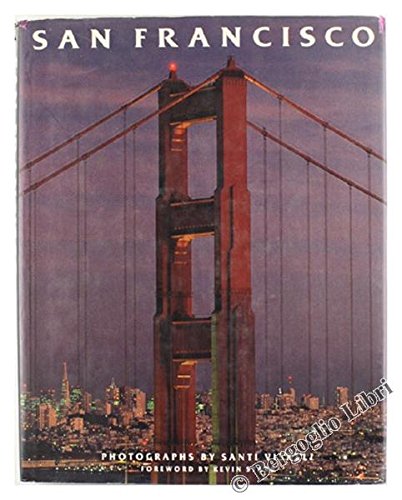 Santi Visalli was born in Messina, Sicily, and has lived in the United States since 1959. His photographs have appeared in Time, Newsweek, and the New York Times.

Kevin Starr is the author of six books, including Americans and the California Dream.

Visalli ( Chicago ; Boston ) shows us nothing unique in his picture-postcard panoramas of the city Starr compares to the ancient ports of Byblos and Alexandria. Focusing on familiar landmarks, Visalli offers photographic cliches: the Transamerica Pyramid, the Golden Gate Bridge (on clear days and fog-bound), a crowded view of Ghirardelli Square, closeups of architectural decorations in Chinatown. Among interiors glimpsed are Melvin Belli's law office, chockablock with books and mementos, and the lobby of the Fairmont Hotel. Visalli is best at capturing design elements, such as the details on the facade of a Victorian house, or the pattern of waves rolling across Ocean Beach at sunset. With few shots of people, and with the city's spectacular natural setting included only incidentally, this photographic essay, intended as tribute to San Francisco's striking diversity, instead drains it of vitality.
Copyright 1990 Reed Business Information, Inc.