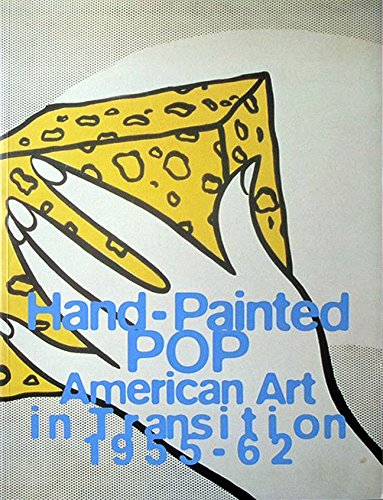 Ferguson of the Museum of Contemporary Art, Los Angeles, has collected esssays by John Yau, Paul Schimmel and others to accompany 235 early Pop works, illuminating the roots of the movement that matured in the 1960s. Most of these are lesser-known paintings by big names like Warhol, Johns and Lichtenstein, and the essays go a long way toward linking them to what came later. Donna De Salvo neatly lays out the search for mythical subjects by the painters of the New York School; David Deitcher shows how the Federal Art Project of 1935 led to more accessible and more public art; and Linda Norden, examining the work of Cy Twombly, ties pop art to the experience of coming of age in the 1950s. The standout in the bunch is Kenneth E. Silver's examination of the influence of gay culture on Pop Art, which includes a close reading of Jasper Johns's Painting with Two Balls and an excerpt from Warhol's book POPism , in which Warhol plaintively asks filmmaker Emile De Antonio why "Jasper" (Johns) and "Bob" (Rauschenberg) don't like him and is told he is too "swish." Dick Hebdige wraps matters up by attempting a definition of "hand-painted Pop."
Copyright 1993 Reed Business Information, Inc.

This catalog accompanies an exhibition of the same name that will travel from Los Angeles to Chicago to New York in 1993. Commonly, pop art is thought of as mechanically produced and reproduced art. Though it may be loaded with color and crash/bang action images, it expresses cool detachment through the exclusion of brush strokes and the nearly industrial production. The contributors here make an impressive case for thinking of pop art as closely related to the abstract expressionist New York School, in which the passion of artists pushing and brushing paint around the canvas was a given. Ironically, this exhibition catalog is less valuable for its visuals, which are familiar if not memorable, than for its insights into the link of abstraction and early pop art as the 1950s became the 1960s. Recommended for most libraries.
- David Bryant, Belleville P.L., N.J.
Copyright 1993 Reed Business Information, Inc.