Items related to After Auschwitz: Responses to the Holocaust in Contemporary...

After Auschwitz: Responses to the Holocaust in Contemporary Art 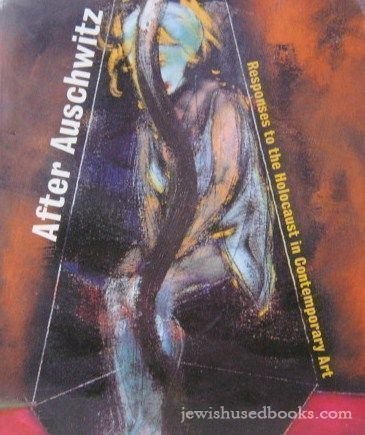 The senseless horror of the Holocaust continues to send shockwaves through history. Few would question its profound influence on post-war philosophy, morality, theological and political thinking. Yet the impact of the Holocaust on the Fine Arts, and in particular on contemporary art, has still not received the attention it deserves.
This new publication accompanies a pioneering touring exhibition. It comprises a series of illustrated essays by leading experts, addressing: the art produced by victims of the Holocaust during the Holocaust; the influence of the Holocaust on artists who were not camp inmates, working during the war and in the post-war period; Holocaust memorials and their significance; and the work of a younger generation of artists, many of them non-Jews, whose relationship to the Holocaust is more oblique.
Among the artists included are R. B. Kitaj, Picasso, Francis Bacon, Magdalena Abakanowicz, Christian Boltanski, Melvin Charney, Shimon Attie, Zoran Music, Susanna Pieratzki, Mick Rooney and Nancy Spero. The works selected have in common a determination not to rely on over-used visual stereotypes, nor to indulge in nostalgia, morbidity or sentimentality. Aesthetically compelling, they force us to reassess a subject all too often dismissed as overworked, and to reconsider the nature and potential of artistic activity 'after Auschwitz', as the century nears its end.

The Holocaust shadows every aspect of our culture and continues to inspire visual artists to passionate introspection and powerful expression. The fiftieth anniversary of the liberation of Auschwitz was commemorated with an international traveling exhibition that is well documented in this somber but ennobling volume. In one of the six introductory essays, Ziva Amishai-Maisels analyzes the "complexities of witnessing" that empowered victims of the Holocaust to record their experiences in drawings, paintings, and sculpture. These stark and harrowing works depict life at its bleakest. The work of later generations of artists, in contrast, has an equally appalled but more contemplative aura of sorrow. Drawings and paintings have given way, in great part, to sculpture, a medium more suited to conveying the immensity of the horror. The artists shown include Magdalena Abakanowicz, Daisy Brand, Lena Liv, R. B. Kitaj, and Ellen Rothenberg. Donna Seam^Ian

2. After Auschwitz: Responses to the Holocaust in Contemporary Art

4. AFTER AUSCHWITZ: RESPONSES TO TH