Items related to Manifestations of Karma 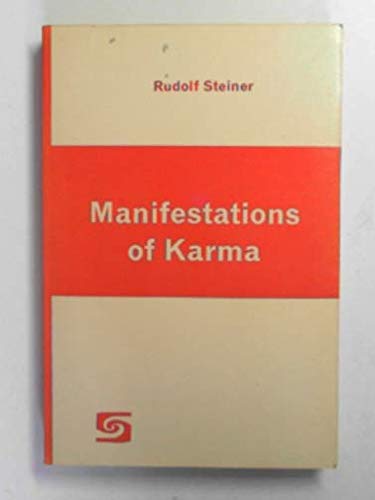 Why do people en-counter such different events and circumstances in life? What is behind diseases, accidents, and natural disasters? Rudolf Steiner speaks of karma as a reality that, if we understand it, answers the questions that arise as we begin to look seriously for life's meaning and purpose. We create our own karma in every area of existence, laying the foundation in one incarnation for the next. The whole pattern is not contained in one but in many lives on earth. Steiner tells us that we can gain acceptance and a sense of purpose by recognizing that self-induced karma is always in the process of being resolved.

About karma and animals; health and illness; the curability and incurability of diseases; accidents; volcanoes, earthquakes, and epidemics; the karma of higher beings; free will in the future of human evolution; and individual and shared karma.

“By exploring the more hidden aspects of a whole range of life phenomena in the light of the evolution of our planet Rudolf Steiner raises our consciousness to the vital role we play in helping or hindering the powers which serve the world’s evolvement.”―from the Foreword

Rudolf Steiner (1861–1925) was born in the small village of Kraljevec, Austro-Hungarian Empire (now in Croatia), where he grew up. As a young man, he lived in Weimar and Berlin, where he became a well-published scientific, literary, and philosophical scholar, known especially for his work with Goethe’s scientific writings. At the beginning of the twentieth century, he began to develop his early philosophical principles into an approach to systematic research into psychological and spiritual phenomena. Formally beginning his spiritual teaching career under the auspices of the Theosophical Society, Steiner came to use the term Anthroposophy (and spiritual science) for his philosophy, spiritual research, and findings. The influence of Steiner’s multifaceted genius has led to innovative and holistic approaches in medicine, various therapies, philosophy, religious renewal, Waldorf education, education for special needs, threefold economics, biodynamic agriculture, Goethean science, architecture, and the arts of drama, speech, and eurythmy. In 1924, Rudolf Steiner founded the General Anthroposophical Society, which today has branches throughout the world. He died in Dornach, Switzerland.

1. The manifestations of Karma

Book Description Rudolf Steiner Press, 1976. Paperback. Condition: Used; Good. **Simply Brit** Shipped with Premium postal service within 24 hours from the UK with impressive delivery time. We have dispatched from our book depository; items of good condition to over ten million satisfied customers worldwide. We are committed to providing you with reliable and efficient service at all times. Seller Inventory # 2839408

3. The manifestations of Karma