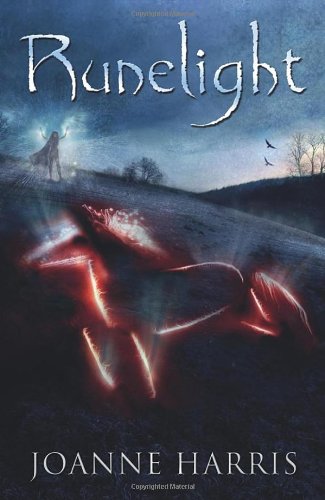 The squabbling Norse gods and goddesses of Runemarks are back! And there's a feisty new heroine on the scene: Maggie, twin sister to Maddy but brought up a world apart - literally, in World's End, the focus of the Order in which Maddy was raised. Now the Order is destroyed, Chaos is filling the vacuum left behind...and is breaching the everyday world. A chilling prophecy from the Oracle. A conflict between two sisters. And with just nine days to stave off the Apocalypse, carnage is about to be unleashed ...

Joanne Harris is the author of the Whitbread-shortlisted Chocolat (made into a major film starring Johnny Depp and Juliette Binoche), Five Quarters of the Orange, The Lollipop Shoes and Blue-Eyed Boy, amongst others. She lives in Huddersfield, Yorkshire, with her husband and daughter.